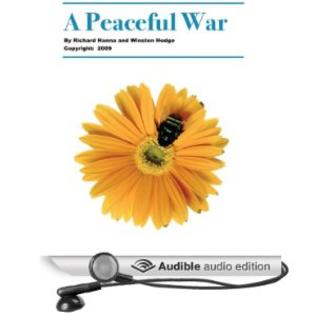 By Katharine Ramfield on January 24, 2013
Format: Kindle Edition Verified Purchase
Very interesting but somewhat unbelievable.It is well written and if at all possible, it should be considered. by the medical community.

By dch on June 15, 2015
Format: Kindle Edition
A must read for anyone intrigued by world events with a personal touch ! This book gives insight to a potential world crisis! I found this to be great storyline for the Big Screen!

Purchase it here at AMAZON

Potential of Islamic Radical Terrorists such as ISIS controlling and detouring the world population is real. This is not just a story it's based off real hard evidence and facts told in this book.

The realism is the discovery of a computerized brain chip was much more than what Dr. Ben and Grandpa had realized.

It was soon complicated by demonic foreign agents violent efforts to steal the chip. What followed generated extreme suspense, tyranny, foreign intrigue, kidnapping, murder and failure. After all, this exceptional technology would not only cure Alzheimer's disease, but it would permit anyone with an implanted computerized chip to communicate mentally with computers worldwide. The U.S. government soon realized the intricacies of this technology, in the wrong hands, would be devastating to mankind. As a consequence, the U.S. was forced to take action to prevent the extraordinary.

The balance of this book is written depicting a future time frame beginning sometime after 2020 AD. But, our world's current events and fighting in the Middle East makes this book a must read. This book is about available technology and world political and religious affairs at the current time, however, it does attempt to reference history as accurately as possible, including suitable validating references where-ever possible. The future technologies described in this book are exciting and are believed, by the authors, to be viable technologies in 2020 AD with numerous actual and referenced examples to bear this out.
There are approximately 14 major characters in this book played on a worldwide stage, from various points in the USA, Canada, France, England, Rome, Uzbekistan and Kazakhstan and they include: Dr. Ben, Mom, Dad, Grampa, Momo, the four Island Sisters, Dr. Smith (AKA Dr. Hijazi), Tom Watson, Bob Evans, the Grand Ayatollah Mohammed Hussein Amahadan, The Pope, and Grampa‘s old friend Dick, etc.
Ben (who grows up as a technologically curious kid, an early high school and university graduate with degrees in Medicine and Engineering), together with his Dad and Grandfather form a new, somewhat underfunded, high technology company, whose charter is to build computerized brain implants to extend human awareness and capability. They obtain initial funding from a government study contract, develop an appropriate business plan and start their business.

The product this company will produce is quickly recognized by certain extremist religious figures as a tool they can use to advance their world wide pursuit of their Middle Eastern religion. They complete a strategy to utilize this technology for the advancement of their religion, but their misdeeds in acquiring the devices backfires. Through twist and turn of the plot, our heroes become enveloped in the dark intrigue and disaster of political and religious tyranny and monocratic power from which they may be finally saved, only to find their prospering company is about to become the target of a hostile takeover with potentially equal despotic consequences.

The first few pages of the book reflect the current period in the life of the main character, Benjamin, later known as Dr. Ben.

Richard and his son, join in remembering their friend and collaborator, Winston William Hodge, who passed shortly after the completion of their e-book. His legacy as an inventor and mentor shall live on in those devices that bind our pages together. His brilliance of understanding the future is well documented in "A Peaceful War". This book is dedicated to Winston.

The Best "TRUE" Story Of Our Future

It's the next World War and it's peaceful.

Read this factorial narrative or listen to the audio book of our existence as human species by the year 2020. It has already started.