British boxer Tyson Fury handed Wladimir Klitschko his first loss since 2004 in a shocking fight Saturday to become the new WBA super, IBF, WBO and IBO heavyweight champion of the world. After the fight, Fury was called out by WBC heavyweight champion Deontay Wilder, setting up a potential fight in 2016. Fury, who is known for his brash and humorous personality. Fury referred to himself as the next Muhammad Ali in the ring after beating Klitschko . 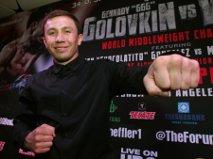 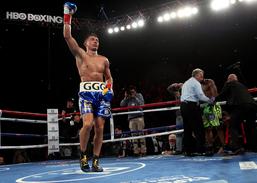 19-year old Olympic boxing silver medalist, Shakur Stevenson, was America’s only chance at a boxing gold medal. He's a 123-pound southpaw from Newark, New Jersey that is considered the most decorated amateur fighter in American history. Some predicted he had an excellent chance to win gold for Team USA in RIO, which has proved elusive since 2004.  Stevenson lost in the gold medal fight marking his first defeat in amateur boxing. Getting the silver medal is still a great accomplishment but the hunger to be great and win gold left him emotional after the defeat. There's something very special about Shakur that drives him to be great. His amateur career, soon to be professional, has the promoters are lining up. Can you blame them? Stevenson was a  junior world champion, youth world champion, Youth Olympic gold medalist and Outstanding Boxer
at the 2016 U.S. Olympic Trials. To read more about Stevenson and his piercing jab and in-fight adaptability. 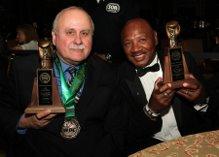 See more photos from the gala >

Taylor vs. Chavez finish? ​
Timothy Bradley Jr. was winning the fight comfortably with seconds left in the fight. He just needed to stay away from his oppoent Jesse Vargas and he'll win the decision. But he got caught by a big Vargas punch and nearly went down. Bradley staggered around the ring with wobbling legs in a daze. ​

Vargas chased and threw more punches as time was running out. Vargas knew he needed the knockout. Bradley appeared to be weathering the big blow with 10 seconds left when the warning clacking sticks can be heard for the end of the final round. Then suddenly, a confused referee, Pat Russell steps between the fighters waving his arms signaling the fight is over before the final bell. Russell the thought he heard the final bell through the madness of a frenzy crowd witnessing a potential stunning KO. Vargas raises his arms believing he won the fight because it was stopped before the bell. Celebration in Vargas' corner. The ring filled with officials, media, promoters and security of mass confusion. Vargas thought he scored an amazing KO. Fans shocked at the ref's decision and Bradley disbelief because he thought he hung on.

They cleared the confusion and Bradley won a decision

Golovkin Pound for Pound is better than Mayweather.

Gennady ​Golovkin (33-0, 30 KOs), who has the highest knockout percentage in middleweight title history, registered his 20th stoppage in his last fight.

His style is very comparable to the legend Julio Cesar Chavez Sr. but with bigger punching power. Gennady is clearly commanding the attention of the boxing world. The question remains who is avoiding him and who will give him a shot at the big names.

It can be argued Golovkin is so good that nobody wants a piece of him unless the purse money is large enough to risk a loss.

Time will increase the market value of Gannady as he expects to fight every 3 months while gaining the attention of the population that still is not aware of him and pressuring the likes of Mayweather, Cotto and Alvarez to step into the ring with him.

Why Gannady is too big for Mayweather

Floyd Mayweather outboxed Manny Pacquiao in a unanimous decision in one of the biggest fights in boxing history before a sold-out and star-studded crowd of 16,507. But unfortunately, Pacquiao was injured for most of the fight. ​​

Nevada officials denied Pacquiao’s request to take an anti-inflammatory shot in his dressing room before the fight Saturday night. The chairman of the Nevada Athletic Commission said the ruling was Pacquiao’s fault for not mentioning his injury sooner.

“It’s part of the game,” Pacquiao said. “I don’t want to make alibis or complain or anything … (but) it’s hard to fight one-handed.” Pacquiao, trainer Freddie Roach and promoter Bob Arum were vague on the details of the injury, but confirmed that they considered postponing the bout a few weeks ago. “I thought he fought a courageous fight under all the circumstances, and I’m very proud of what he accomplished tonight,” Arum said.​

Chris Farina on the sports of boxing, behind the scenes of some of the untold stories of his career, being Manny Pacquaio main photographer and his working relationship with Top Rank Boxing.​

To read more and view the work of Chris Farina

Both Timonthy Bradley and Vasyl Lomachenko dominated their last opponents.

​                             Golovkin
Boxing Superstar and Undefeated Gennady “GGG” Golovkin has always been cordial and yet confident about his goals. He said,  “ I remember what it was like before I became a champion, I’m sure being hungry for the opportunity and train hard. I’m very excited to continue building my story. I have a great deal of respect for my opponents. I look forward to fighting them.

As for a fight verse Canelo Alvarez, “I want to fight Canelo and many big fights, big shows, but it’s not frustrating for me to face other fighters.”

Golden Boy Promotions Founder and Chairman Oscar De La Hoya released the following statement today in the wake of Top Rank Boxing's lawsuit against Al Haymon and his affiliated entities.
"I applaud Bob Arum and Top Rank Boxing for stepping up on behalf of fighters not only in their own stable, but all across the sport. Those like Bob and myself who have spent the bulk of their lives around boxing understand that the Muhammad Ali Boxing Reform Act is a crucial piece of legislation that serves to protect boxers and enhance the sport.   Read more here >

5 Photos from Chris Farina tells the story of the controversial finish of Timothy Bradley Jr. vs. Jesse Vargas fight 2015

Manny Pacquiao wanted to end his career with a BANG. He did it with a convincely win over Bradley. But was it the bang he wanted.

Although Mayweather has already hung up his gloves, with a 49-0 unbeaten record, this hasn't stopped the Filipino of dreaming of a rematch of the most lucrative bout in boxing history.

According to PhilBoxing.com, Pacquiao won’t hang up his gloves until he gets a rematch against Floyd Mayweather Jr.

“I have been very vocal about it (fighting Mayweather) even before the Bradley fight was made official on New Year’s eve,” Pacquiao told PhilBoxing.com’s Eddie Alinea. “The reason is simple, I want to end my 21-year boxing career with a big bang so to speak.”

Pacquiao also felt that he and Mayweather have an unfinished business after their fight failed to live up to its “Fight of the Century” billing with fans, who waited for years before finally seeing both boxers in one ring, kept from getting the kind of show they deserved.​