​​The New ISM Raceway in Phoenix

My first visit to this track dates back to the late 1980's when it was called the Winston.

We flew into the taco via helicopter and as we approached the stadium from downtown Phoenix, the energy of my first NASCAR experience grew inside of me. A Brooklyn boy getting excited for a sport that was not talked about in those streets of New York. The track has been beautifully

renovated. Far from the track I witnessed back in the late 1980's. The pits, garage, grandstands, suites, press box, outside the stadium has a new look added attractions for the best fan experience in the NASCAR

In the1980's, the track look old but raw. The mountains surrounding it painted a perfect backdrop that hugged the stadium. I can see fans to my left sitting on a hillside desert mountain with folding chairs, tents, coolers, and party scene I neer seen before. Wow! was the first im'ression. Then I looked down from atop of the old press box shed and captivaed by the power of speeding cars whipping around the track. My second wow!. I stared and kept staring. My eyes drifting to the massive loyal fans in the stands. I quickly learned about the infield and watching all those fans sitting on top of RV's slinnkng to follow the oval race. Engines roaring non-stop full throttle , I finally witnessed how fast these drivers go. Fearless, dangerous, but disciplined. They make it look so easy. But i needed more. I was fortunate to hold a camera through square cutout of the tracks fencing. It was on turn 2. I look through the lens and could see the eyes of the drivers riding high towards the wall and fence opening. Boom! the force of air blasted me as the cars blew past. I felt the tires rubber scraps blow knto my face from the tracks surface. My 3rd wow!.  I was sold. This captivated me for life. We then took a walk around the outside if the track to capture the vendors and amazing social life of fans interacting. It was never a never ending party on the outside with a race on the inside.

On the weekend of November 10 & 11, NASCAR returns the Phoenix for its usually biannual race week. This will be the second to last race of the playoffs towards the final , the championship weekend race in Miami the following weekend. The relevance for the race in Phoenix sets the tone of who has control, the lead going into Miami. Past history, has told us the race in Phoenix basically determines the champion by the points system. The big race in Phoenix is November 11 at 2:30pm. Only 2 drivers will have a shot at the title. Kyle Busch and Bakersfield, Ca. very own Ken Harwick. Phoenix is a very familiar track for Harwick as he was visiting the track as fan, amateur and professional driver. The race in Phoenix may determine the heavy favorite in Miami but definitely seems to set up for a great showdown in Phoenix and Miami for the championship.

​The NASCAR Sprint Cup and XFINITY Series. Check out the full weekend schedule below. 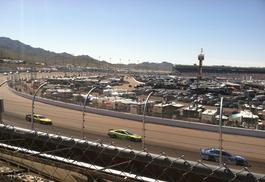 ​Dale Earnhardt Jr. aimed to fill a major void in his NASCARSprint Cup Series resume in stock-car racing's longest event. Though he's entered Charlotte's Victory Lane as an All-Star conqueror back in 2000 and a winner in the preliminary Sprint Showdown in 2012, his career record stands at 0-for-31 in points-paying races at the 1.5-mile oval.

"It's been on my list for a very long time," Earnhardt said Tuesday in a promotional appearance at the speedway. "This is our home track. We live 20, 30 minutes down the road and I've been coming here ever since I was a little kid, and have just dreamed of being able to go into Victory Circle here after that 600 and celebrate. Really working hard and I think we've got a great shot."

5 members will be inducted a recent ceremony in Charlotte.

Tighter at the top of NASCAR Sprint Cup rankings than it's been all year.

It's time to take stock of what has happened so far in NASCAR.