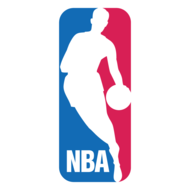 "If I were him, frankly, I'd probably want to strangle you guys," West told a group of media members. "It's ridiculous."

James has won four MVP awards and two titles and has long been considered the best basketball player in the world. Statistically number one is every category during the 2016 Finals. Winning his third MVP Finals award. He's been to the Finals six straight times and most of them his team were not the favorite.

West has long admired James as a player and competitor and has spoken to him in the past about dealing with failure on the game's biggest stage. West went 1-8 in the finals with the Los Angeles Lakers, a record that he admits still burns him four decades after his playing career ended.

"No fun to get there that many times and not to get the results you want, regardless of how you played," West said. "In the playoffs, the best players are supposed to play better. I did. It made no difference. We weren't good enough, obviously."

It's debated if Steve Nash is the greatest Phoenix Suns of all time. He was inducted into the team’s Ring of Honor this season.

Nash played for the Suns from 1996-1998 and then again from 2004-2012. It was his second stint, which followed some time with the Dallas Mavericks, where he really established himself as an elite player.

Claiming 2-NBA MVP awards and establishing himself as the face of the franchise for future generations of Suns fans.

He scored 10,712 points with 6,997 assists and 511 steals. He's the Suns’ all-time leader in assists, 3-point field goals made and free-throw percentage. Those assists helped Nash retire with 10,335, the third-highest of all time. He's certain to enter the hall of fame representating the Phoenix Suns.

LeBron Needed to Win it

for Cleveland and did it.

​It was 52-years and all Cleveland wanted is one championship. They got it. His performance in a

7-game NBA Finals Series may be the best we

Lebron James needed to make it happen. It was the third time he brought the Cavaliers into the Finals.  Soon after he returned to Cleveland, when leaving for Miami, he made it a mission to win it all.  It was clear coming back to his hometown, James vowed to make-up his Miami departure to his beloved. Only way was to win it all.

The last time city of Cleveland won a title was in 1964.  Jim Brown led the Browns to victory in the NFL Championship game against the Baltimore Colts. Now they city can live enjoy being a winner but at the same time all is forgiven with Lebron.

His performance in a 7-game Finals Series may be the best we ever seen.

​​​Coming soon, an animated adaptation of Kobe Bryant's retirement announcement and much more.

​​     More Kobe news according the Total NBA-Related Social Buzz, Los Angeles Lakers, Kobe Bryant was the most popular and socially trending player in the league in his final season with the highest social mentions.

he is being Tweeted at a rate of 367 per hour.  To read more and find out about how the other NBA players compared socially.

14 pingpong balls in a drum, one ball for every NBA team that did not reach the playoffs this year, numbered 1 through 14.  NBA Draft 2015

Fourteen balls means there are 1,001 possible four-ball combinations. Prior to the lottery, 1,000 of those 1,001 combinations are assigned to the 14 participating lottery teams. (The 1,001st combination isn’t assigned to any team.)

The number of % combinations teams are assigned is determined by regular-season record. ​

Will the Suns Ever Rise ? 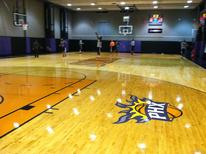 Phoenix Suns will be looking for a new identity.

​The Suns' backcourt looked drastically different from a year ago with Dragic and Isaiah Thomas out and Brandon Knight in. Eric Bledsoe is the obvious winner here and may even be able to improve his per-game averages of 17.0 points, 5.3 boards, 5.9 assists, 1.7 steals and 1.1 3-pointers with more minutes on the horizon. Knight takes a minor hit given how well he played in Milwaukee, but he shouldn't lose too much value given the Suns' fast pace and his 3-point shooting ability.