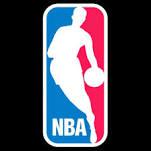 The NBA is in mid-season and there have been some surprises this year like the Hawks being the number 1 seed in the East and the Warriors being number 1 in the West. The Hawks have major chemistry and talent but it is doubtful that they will go far in the playoffs because they lack experience in playing in the playoffs.  The Warriors are strong, but if their big men are not healthy, they will not be able to keep the momentum going.

Also, in the West, there are various contenders like the Rockets, Clippers and the Grizzlies.  All of these teams have strong hopes and good chances for a championship win.  However, it looks like the team that is most likely to represent the West in the playoffs will be the Dallas Mavericks.  The Dallas Mavericks are a strong group of talented, experienced ball players that have one of the best lineups in the NBA. Rondo, Ellis, Parsons, Nowitzki and Chandler are exceptional. Three out of their five starting line-up players have won an NBA championship and they will bring experience to the court in the playoffs.

As we have seen in the past, experience can beat talent in playoffs.  The Mavericks also have good bench contributions from Devin Harris and J.J Barea. Another addition to their bench came from the Big Apple in Amar’e Stoudemire.  Stoudemire will definitely not start over Nowitzki or Chandler but he will come off the bench and serve as a role player.  Amar’e this season is averaging about 12 points and 7 rebounds a game but has missed some time because of injuries.  If the Mavs can keep Stoudemire healthy, it will give them more depth off the bench and a good big man to back up Nowitzki.  And then, it is very likely that the Mavericks will go far in the playoffs making it to the Finals.

Now looking East, there isn’t a lot of depth, but there are a some very good teams like the Raptors, Cavs, and the Wizards.  But, the team that will most likely go to the NBA Championship is the Chicago Bulls. The Bulls have a very deep team and have one of the best point guards in the league in Derrick Rose.  Bench players include Taj Gibson, Kirk Hinrich, Aaron Brooks, and Nikola Mirotic.  All of these bench players are averaging at least 7 points or higher and Gibson and Mirotic are racking up 7 boards. Also, they have one of the most underrated big man in the game, Jokiahm Noah.  Their chemistry is amazing and their fans are wild for them.  If the whole team can stay healthy and beat the Cavaliers the Bulls will represent the East in the finals.

The Bulls have made it to the playoffs every year since 2009, but during this time, they have never gotten to play in the championship game. This year looks like the year for them but in the end…the experience of a team like the Mavericks will be the key to who wins the NBA Championship in 2015.