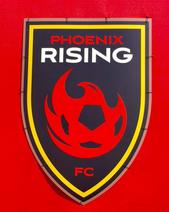 Read the latest news from all the leagues from around the world right here.​

For years, her coaches in college at Rutgers University and USA team have preached to her about the pressure and dealing with the challenges at the most crucial moments. Loyd has openly said, she has trained and lived for those moments. Read more here >

Carli Loyd is the Clutch Master 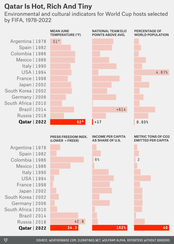 Qatar Does Not Fit As Cup Host​

Based off Environmental and Cultural Indicators For World Cup Host Selected by FIFA from 1978-2022.    (VIEW BELOW)

Gianni Infantino has succeeded fellow Swiss Sepp Blatter as the new president of FIFA.  The world football governing body elected the Infantino in Zurich on Friday after he defeated nearest rival Bahrain's Sheikh Salman bin Ebrahim Al Khalifa in the second round of voting. Infantino, 45, winning the majority of votes in the second ballot will be the FIFA President until 2019.

"I cannot express my feelings in this moment," Infantino says to his fellow delegates. “A new era has been started as we speak,” Infantino adds. He has been the secretary general of UEFA, European soccer’s governing body, since 2009. Infantino received 88 of the 207 votes with Sheikh Salman three behind with 85, and Prince Ali gained 27 more votes as well.

Infantino takes over at a time where FIFA is suffering one of the most difficult periods in its vast history. Authorities are investigating the bidding process surrounding the 2018 and 2022 World Cups, and numerous officials have been indicted in the U.S over allegations of racketeering and money laundering. Many praise the new President today as a fresh start and new change. Portuguese legend, Luis Figo went to twitter for congratulating Infantino. “Finally the change arrived. It's time for a new era in Fifa", Figo said. Infantino, who already has plenty on his plate will celebrate his monumental win and hopefully bring in a new regime to FIFA.

Phoenix Rising FC opened its brand-new soccer-specific stadium in front of a record-breaking crowd of 6,890 during a 1-0 loss to Toronto FC II on March 26, 2017.

It was a spectacular environment for a hungry fan-base of soccer fans in the desert. It's clear the Valley of the Sun has rallied behind it's newest professional sports franchise. The valley has a history of soccer dating back into the early 80's with the indoor Phoenix Inferno at the Veterans Memorial Coliseum. In the 90's, it was the Arizona Condors that played in Mesa.

Added midfielder Matt Watson: “It’s obviously an amazing accomplishment that has been achieved here,” Watson said. “I’m honored to be a part of the team, and hopefully something special going forward."

To learn more about the Phoenix Rising click here >

Major League Soccer's expansion Los Angeles Football Club is planning a $250 million stadium, with the side to debut in 2018.

​The club will invest upward of $250 million in a development that will be anchored by a 22,000-seat stadium and will included 100,000 square feet of restaurants, office space, a conference center and a soccer museum.

"This is the most important milestone to achieve in the early part of the club," Nguyen told reporters. "We understand this is the very, very early part of our journey. But what is great is that we declared what we expect to be our home. I think a lot of the other things will cascade from there."

Ajax have trained more footballers currently playing in top-division European leagues than any other club, according to a study by the International Centre for Sports Studies.

CIES presented a map of the top 100 clubs who have trained the most players in 31 European leagues, and Ajax came out on top, producing 77 players.